When visiting the AIDS village in Henan Province in China in 2012 for a story, Paul J. Mooney, a veteran American freelancer, said that he was harassed by the Chinese local officials and police almost everywhere he went. “One AIDS activists who helped me meet people received a call from her local officials as we were driving in a car,” Mooney recalled. As a journalists who had been working in China for 18 years consecutively, Mooney was not shocked that he was being monitored by the Chinese government. “They ordered her to return to the village immediately, and when she went back, they questioned her and asked why she was helping a foreign journalist,” Mooney said. “Even though I know situations like that happen, I was really worried about her safety, and I felt sorry.”

END_OF_DOCUMENT_TOKEN_TO_BE_REPLACED

Journalism in China: The Game of Anonymity 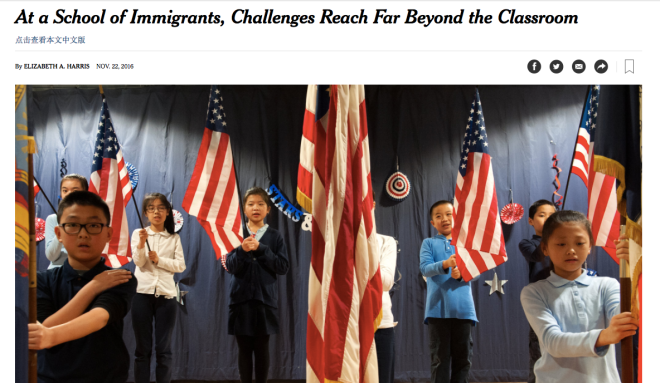 Undocumented immigrants in the U.S. are not new. Many of them came to the U.S. as minors by Deferred Action for Childhood Arrivals (DACA) with their parents, or forced to leave their home countries. They grow up in American society and go to American schools, just like any other Americans. However, it is difficult for them to find legitimate jobs or housing because they are not U.S. citizens.

END_OF_DOCUMENT_TOKEN_TO_BE_REPLACED

Living and Surviving: The American Dream for the U.S. illegal immigrants

I should absolutely say Prof.Kennedy’s six lectures are happening during a perfect timing with comprehensive presidential election and journalistic ethics discussion from a slightly different angle based on book. Of course during the six classes, he talked about a lot of cases containing ethic concerns, and of which, I think the media coverage of the presidential campaign is one of the most interesting topics, and also can be applied to my ethical coverage blog post few days ago.

END_OF_DOCUMENT_TOKEN_TO_BE_REPLACED

On Oct.26th, it is a great pleasure to hear a speech hosted by College of Social Science and Humanity here in Northeastern, delivering a short discussion of the ongoing U.S. presidential elections and future of relations with China. The panelists are all basically experienced researchers and scholars from Political Science field who have been focusing on Sino-US relations for years on different aspects. And the director of School of Journalism, Joanthan Kaufman, who used to serve as the China Bureau Chief of The Wall Street Journal and lived in China for years, provided a great perspectives as a journalist who worked in China for few years regarding the media coverage of the election.

END_OF_DOCUMENT_TOKEN_TO_BE_REPLACED

How the Chinese media act in covering the U.S. Presidential Election

From reading and studying so many journalistic cases that journalists encounter making ethical decisions before covering stories, I found it is pretty important to draw a list from all the cases and checklists and create a list of personal codes that I may apply in my future career as a journalist or media specialist.

END_OF_DOCUMENT_TOKEN_TO_BE_REPLACED

A Chinese student was found dead on Sept.30th. The Onondaga County Sheriff’s Office identified 23-year-old Syracuse University student, Xiaopeng Yuan, who was a third year math major in the College of Arts and Sciences, originally from Qingdao, China (originally reported Beijing, but it’s a mistake). His body was discovered behind Springfield Garden Apartments located on Caton Drive on Friday afternoon. Not yet suspects are identified until now, according to the police report from the Sheriff Office.

END_OF_DOCUMENT_TOKEN_TO_BE_REPLACED

IFJ Declaration of Principles on the Conduct of Journalists